The Four Agreements: A Practical Guide to Personal Freedom is by Miguel Ruiz.

A year ago, almost to the day,  the hurt I was going through caused by a breakup came to head. There seems to be a theme of writing letters to those who’ve hurt you in order to heal oneself. I’ve written numerous letters, not all of which got sent. I hid more letters than I sent out to the universe towards this person, and many more letters that I wrote to others (again, not all were sent) who only helped to heighten the pain, hurt, and betrayal. This time I decided to write a letter to share with all of you about my thoughts and feelings regarding what happened, and I hope those involved read it and take it to heart, too.

The First Agreement: Be impeccable with your word. Speak with integrity. Say only what you mean. Avoid using the word to speak against yourself or to gossip about others. Use the power of your word in the direction of truth and love.

Write when you’re upset to keep from angry feelings bottling up. Write when you’re happy to share good news and fantastic blessings received. Write to express oneself, completely and fully, because one can’t always get the words out verbally but can in written form.

Never speak ill or gossip about others, whether you feel they’ve hurt you (or someone you care about) or not. Why would you speak ill about someone you barely know? Why would one choose to speak negatively about someone simply because you dislike them? Disliking someone is one thing, negatively gossiping about them due to that dislike is rude and disrespectful. Especially when you’ve no idea what personal hell they may be going through, causing them to act and react in the way they do to things.

The Second Agreement:  Don’t take anything personally. Nothing others do is because of you. What others say and do is a projection of their own reality, their own dream. When you are immune to the opinions and actions of others, you won’t be the victim of needless suffering.

Gossip leads to more gossip, more hurt and unexpected betrayals. Best to refrain completely, and remove yourself from any situations that cause you to hear unwanted gossip. Always remember the people you’re gossiping about are people. Human beings with their own thoughts, feelings, and emotions. Would you really like it if someone was saying those same words about you, to describe you, to other people? Would you still speak those same words?

The Third Agreement: Don’t make assumptions. Find the courage to ask questions and to express what you really want. Communicate with others as clearly as you can to avoid misunderstandings, sadness and drama. With just this one agreement, you can completely transform your life.

People have bad days, make poor choices, make mistakes. That doesn’t mean that is who they are at their very core and it is shameful to hold a single bad day, a single mistake against anyone. Including oneself. The person you knew a year ago is not the same person sitting next to you now. The person you were a year ago is not the same person you see in the mirror now. People learn, change and grow from their mistakes. Let them and don’t assume they’re going to make the same mistakes they did before if you’ve chosen not to speak or see them in a very long period of time. You don’t know them anymore, and possibly never really did. That includes looking yourself in the mirror, reminding yourself of how you’ve learned, how you’ve changed, and how you’ve grown since your largest mistake, your biggest regret in life up to now.

The Fourth Agreement: Always do your best. Your best is going to change from moment to moment; it will be different when you are healthy as opposed to sick. Under any circumstance, simply do your best and you will avoid self-judgment, self-abuse and regret.

Perhaps that biggest regret, largest mistake one made was during a period of deep hurt and emotional pain than you are aware of. A person is not going to react to the same situation in the same manner if they’re in a better state emotionally and mentally. Allow someone the time and space to get healthier mentally and emotionally, without abandonment. You’ll be surprised at how much their best attempt at not repeating the same mistakes is when they are in a healthier state of mind, how resilient they are, and you’ll likely see those results much quicker if you choose to support them in getting help, in getting better. Humans are incredibly resilient beings and many people are stronger than you may be aware of. Sometimes, all it takes is one special person to believe in them and that one special person should be yourself.

Judging a person does not define who they are. It defines who you are.

Your best is going to change from moment to moment; it will be different when you are healthy as opposed to sick. 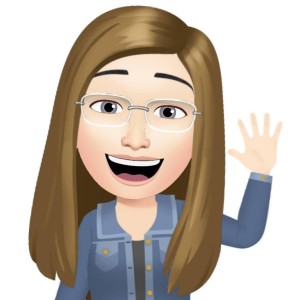 Just an artist living in the country with her dachshund and her chihuahua.